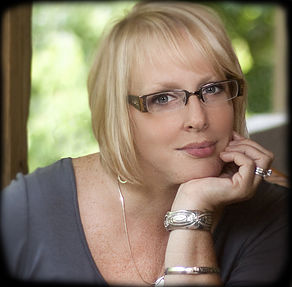 As the redheaded child of exhausted parents, Kim grew up enjoying the role of the middle child. Allowed to roam free in the heart of Amish Country, her imagination was ripened by a life lived outdoors. Now she enjoys the role of being one of the most sought after storytellers and speakers in the country.

One reviewer stated, “Kim is a master at seamlessly building bridges from story, to song, to story. Like all good storytellers she evokes both laughter and tears, but her smooth silky voice, impeccable timing, and dead-on anticipation of her listeners’ needs place her at the pinnacle of her craft.”

In her work as a humorist, storyteller, singer and songwriter, she has taken home a full armload of awards and recognitions. She has worked on and created successful peace projects including the Peace by Piece Project in collaboration with the Taubman Museum of Fine Arts.

Kim currently has 8 audio collections, the latest two being, A Wandering Mind, a recent 2015 Storytelling Award Winner and a folk operetta, The Ballad of Ronnie Calloway, which was recorded live in front of 800 people at the National Storytelling Festival. It has received high praise from the world of storytelling and from the Folk/Americana music world.

The Oregonian stated, ‘Kim studs her storytelling performances with bits of musical Americana that match the sweet and gentle tones of her narrative”. Her material is played regularly on NPR affiliate stations and on SiriusXM Radio. Kim travels the continent full time performing at theaters and at festivals. She has made numerous television appearances, hosted a successful morning show and has keynoted for some of Forbes most recognized companies and high profile national non-profits.